a year since the very blue gown

I have now been a university graduate for exactly one year. A year ago I was sitting in the dean dome in a very bright blue robe listening to a guy tell me about how hard the Beatles had to work for their success.

I suppose there are some things I miss about school. But I have to say that as I heard about people studying for exams, I was completely relieved not to be taking any. And it has only been recently that I have started reading anything that could be remotely considered serious. Perhaps I might want to go back to school in a few years, but I am very happy that I am on the teaching end of it now.

As a member of the working world now I have two observations about the differences between turkish workplaces and american ones. Unfortunately, the Turks took the American attitude toward work (or maybe the americans took the turkish attitude?) and not the European one. Turks only have two weeks of holiday a year, and often they work six days a week. Crazyness. Many work places in Istanbul offer a service to work. This means that a largish van comes to pick you up from somewhere near your house and takes you and other people to work. This has two advantages - traffic is horrible and commutes are long, so you can sleep or read on the way to and from work. In addition, it is more environmentally friendly and helps to reduce that horrible traffic.

Jobs in Turkey usually include lunch. I eat the lunch at school for free (and it is so so much better than school lunches in the US! They actually use real fruits and vegetables, as opposed to heating up things in industrial sized cans). My friend that works for a mobile phone company has a cafeteria in their building where everyone eats lunch. My roommate that works in a bookstore, too small to have its own kitchen, gives its employees cards with 200 lira a month that can be used at a large number of food places in Istanbul.

And of course all work places have tea, and copious glasses are drunk through the day.
Posted by Katie at 4:06 PM No comments:

Mondays are the one day a week that my roommate Orçun has off work. So I usually hang out with him in the afternoon. Often we end up paying bills and then going to this great cafe near to our flat. Today I was completely absorbed in my book (The Reader, I would highly recommend it) when he took these photos. 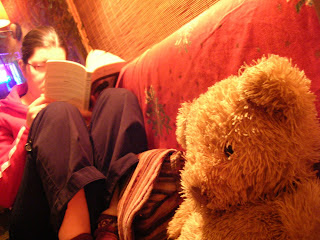 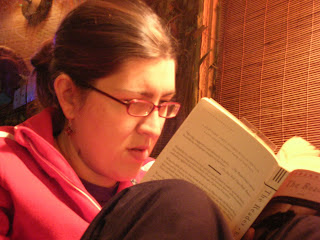 Cheese...Although I love Turkish food as everyone I have ever talked to about it knows, I have found myself in the last two weeks making two cross continent treks to find imported cheese. The first was when I went to the annual american women of Istanbul's christmas baazar. I actually went for the promise of ethnic food in general, but I had to teach so I got there three hours in. By then most of the food had gone. The food court upstairs was closing. The candy canes were gone. But I did find a half a kilo of cheddar cheese made in Sweden. The cheese along with bread from my slightly used toaster fed me for most of the week.

Last Friday, I went with Kathy (her son goes to my school and she found me my job), Leah (house sitter who let me sleep in the place she was house sitting), and two other older expat women to the Italian consulate to look for cheese and pork products. I ended up getting some Romano and some Asiago cheese, which are once again fantastic. The only thing I am missing now is the carolina moon cheese the chapel hill creamery makes, and cheese cheese. The tuesday market here is far far bigger than the carrboro farmers market could ever aspire to be, but for all that the carrboro farmers market has a wider variety of cheese.

That being said, I have now managed to find sage, rosemary, canned mexican beans. The people in the grocery stores near my house must think I'm pretty strange. And when I asked for the leaves and stalks of the celery but not the root (what they eat here) they must have thought I was even stranger. Not to mention a bit inept because I can never open the plastic bags they give me.

The time I failed with spices was for nutmeg. A while ago Ingo was making some califlower soup and wanted nutmeg and flour. The flour was easy. My dictionary told me that the word from nutmeg was kuçuk hindistancevizi, or little coconut, or little indian walnut. So at my local grocery store I was looking at the spices and asked for a kuçuk hindistancevizi, and he handed me a small packet of grated coconut. When I told him no, that wasn't what I wanted, he got offended and told me that was the smallest package of coconut they had.

My food discussion comes to an end. Almost. The one adorable second grade class held a bake sale today and the other will tomorrow. It reminded me of being in elementary school in north carolina again.
Posted by Katie at 7:15 PM No comments:

a room with a view

The wallpaper removal process - 3 days. Why people put up wallpaper, especially wallpaper that looks like this I shall never know. Thanks to collette for the help and the horrible carpenter for the one good thing he did - suggested I use soap as well as water. 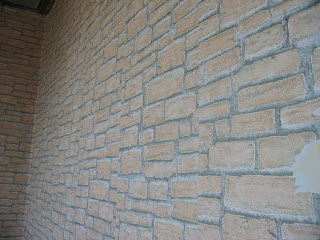 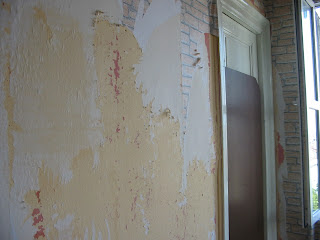 My room now. 3 walls are one yellow and one wall another yellow, but they don't look as drastically different as in these photos. Definitely not as yellow as the first. 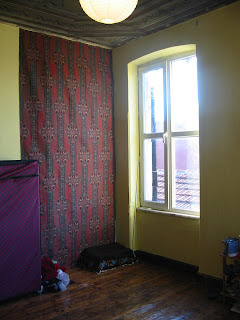 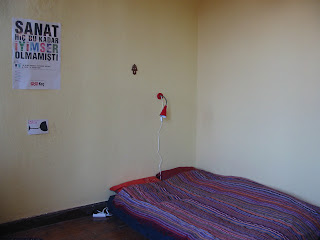 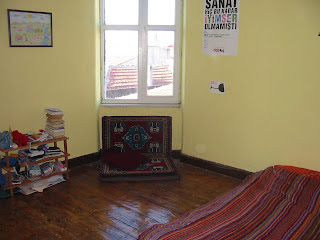 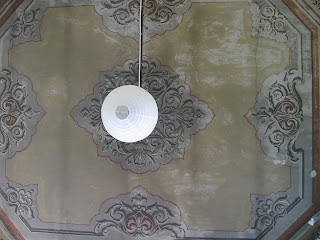 The view from my windows - Topkapi palace, Hayasofia and the Blue Mosque 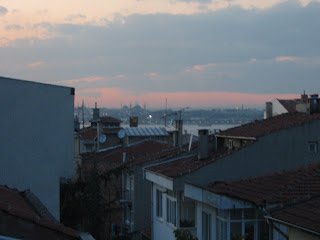 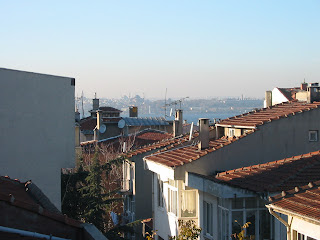 Our hall and dining room - not as yellow as it looks. The flowers are from teachers day :) 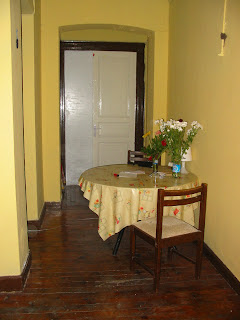 My kitchen - complete with original wood burning stove now covered by a gas burner and next to a modern washing machine. 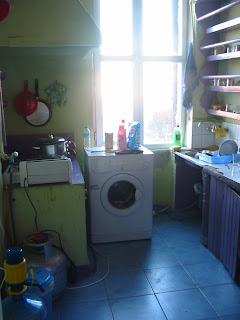